What To Do When Someone You Love Is Rebellious

When you stop enabling — when you stop offering the wrong kind of help — you have no guarantee of quick solutions in the life of your loved one.

Your loved one may become very angry at you-and for a “good” reason. You’ve stopped rescuing them. Now they are beginning to feel the painful consequences of their irresponsible decisions.

He or she may attack you, “What kind of a Christian are you! Doesn’t the Bible say you are supposed to help people in need?” They will use any argument to heap guilt and condemnation on you-but don’t receive that into your heart.

You must stand on the facts — especially if you have a tender heart, easily moved by emotional, passionate messages. You must continue to rehearse the facts.

Are You Afraid to Trust God?
When you stop enabling your loved one it may involve letting your loved one go down the path of destruction. You may be saying, “I can’t bear to see my daughter in such pain and danger. She might get killed! And then I would have her death on my hands. I can’t let that happen!” Are you saying you are afraid to trust God? Is your God big enough to keep track of your child headed down the path of rebellion? Is your God too busy to give personal attention to the needs of your loved one?

The Prodigal Son’s Father was Not an Enabler
Place your hope in the story of the prodigal son recorded in Luke chapter 15. We see a powerful picture of a father who did not enable his son. He allowed him to leave home, knowing the son would soon waste the inheritance he had worked a lifetime to save.

Even though the Bible does not give us all the details, I am sure this father lived in pain, not knowing what was going on in his son’s life.

If you have read this story recently you know that the son left home, spent everything he had, ended up in a pig pen, and died. Right? No-but isn’t that what many people fear will happen to their child-if I let him go down that path, and don’t stop him, he’s going to die!

So what brought the rebellious son to a place of being ready to change? He ended up in the pig pen, and went to his psychiatrist and worked through all his childhood traumas and found the answers — No! I’m not against godly counseling, but counseling is not always the answer. Luke says he ended up in the pig pen. He was so hungry that he was tempted to eat what the pigs left when they had finished eating.

I was raised on a small farm in Wisconsin. We raised a few pigs, and many days I fed them. But never was I tempted to eat what they left! This young man must have been really desperate!

God’s Help for Rebellious Children
Now comes the good news from the pig pen-Luke says, “and no one helped him.”(verse 16) God did not condemn anyone for failing to help this desperate young man in the pig pen. No thundering judgement from heaven toward those who did nothing.

Where is the father? Why isn’t he out looking for his son? Doesn’t he care that his son is starving to death?

The father is at home-waiting in painful peace. Peace because he has committed his son into God’s hands. Painful peace, because he hurts for his son who is hurting. But he waits for God’s solution. He’s not going to get in God’s way.

So what is happening to the son? Since “no one helped him,” he’s experiencing the full pain of his irresponsible decisions.

The very next words point to the truth of God’s way of helping stubborn children caught up in a destructive lifestyle-“He came to his senses.”

“How many of my father’s hired men have food to spare, and here I am starving to death! I will set out and go back to my father and say to him: Father, I have sinned against heaven and against you. I am no longer worthy to be called your son; make me like one of your hired men.”(vs. 17-19 NIV)

Who can take credit for helping the son in his greatest time of need? No one! At the point of starving to death-he came to his senses. At the lowest point in his life-God still knew exactly where he was.

The son made a choice-the right choice-that put him on the path to restoration-the path to life!

When he meets his father, true repentance comes with his words, “Father, I have sinned against heaven and against you.” (vs. 21) He takes personal responsibility for his past actions. It’s time for joyful peace and a celebration! 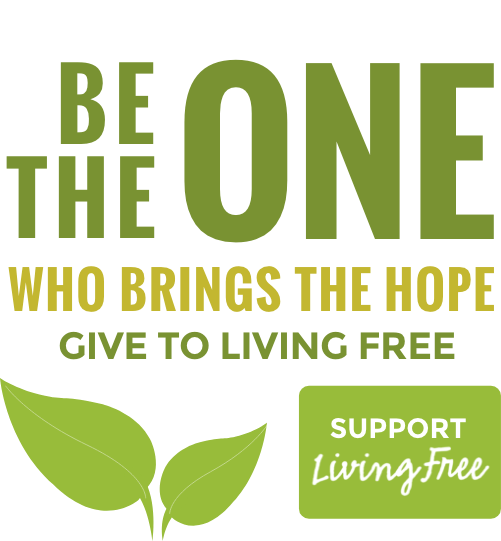 These devotions are provided at no charge.
Click here to view a sample Daily Devotion.

Order a Hardcopy of Our Catalog and DVD video